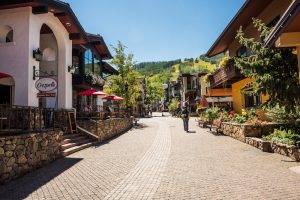 The Ute Indians were the original inhabitants. During the late 1800’s ranchers and miners seeking gold and silver arrived in the region. It was named in tribute to Charlie Vail, a state highway engineer. The population significantly increased due to the construction of a highway connecting the city with Denver. During World War II Vail was utilized for mountain survival training by the 10th Mountain Division. In 1962 the U.S. Forest Service granted a permit to Peter Seibert and Earl Eaton and Vail Mountain was officially available for skiing.

When George Townsend first settled in the valley in 1881, he knew he’d found something special – an exceptional mountain, lined with aspen groves and beautiful vistas that would become a world-renowned destination. In 1972, Vail Resorts continued his vision by purchasing the land and began designing a resort that combined Western hospitality and European charm. Obstacles delayed resort completion, but on December 15, 1980, Beaver Creek finally opened to the public.

Located 74 Miles from Denver, Vail is one of the top ski destinations in the world. Vail Mountain has a vast amount of acreage for skiing. Snow boarding, cross-country skiing and snowmobiling are popular activities. The well known Vail Ski Resort includes seven bowls and is the biggest single mountain ski resort in the country. A gondola provides transportation to the mountain top for non-skiers who want to enjoy the magnificent view. The nearby Beaver Creek Resort is a prominent United States ski resort and often hosts Alpine Skiing World Cup competitions.

From hiking in the summer to skiing in the winter, there’s always something to do in Vail. Visitors and residents alike enjoy the 1,100 acres of open space accounting for 50% of Vail’s town-owned land; 350,000 surrounding acres of national forest, crowned by 5,289 skiable acres on one of the largest and best ski mountains in the world; 17 miles of recreation paths; countless special events, the highest botanical gardens in the world and an outdoor amphitheater named for Vail’s most famous resident, President Gerald R. Ford.

Major events have always found a home at Beaver Creek. The mountain was named as a potential site for the 1976 Winter Olympics. In 1989, 1999 and 2015 the resort hosted the World Ski Championships. For the last several years Beaver Creek has hosted the Audi Birds of Prey World Cup, which brings together hundreds of top male skiers as they compete to be named World Champion. 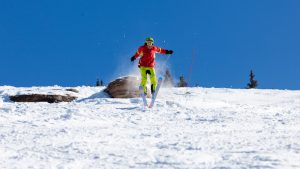 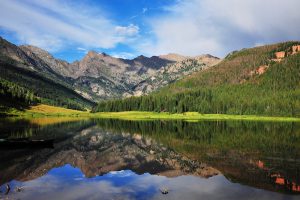 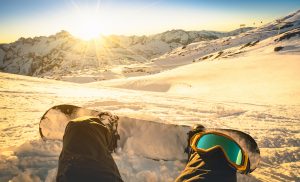