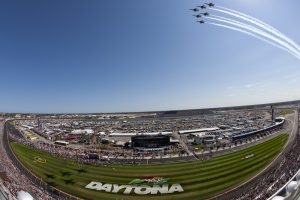 The area now known as the Daytona Beach Historical District was once the Orange Grove Plantation, a citrus and sugar cane plantation granted to Samuel Williams in 1787. Williams was a British loyalist from North Carolina who fled to the Bahamas with his family until the Spanish reopened Florida to non-Spanish immigration. After his death in 1810, the plantation was run by his family until it was burned down in 1835.

In 1871, Mathias Day, Jr. of Mansfield, Ohio, purchased the 3,200 acre tract of the former Orange Grove Plantation. He built a hotel around which the initial section of town arose. In 1872, due to financial troubles, Day lost title to his land; nonetheless, residents decided to name the city Daytona in his honor, and incorporated the town in 1876.

The city is historically known for its beach where the hard-packed sand allows motorized vehicles to drive on the beach in restricted areas This hard-packed sand made Daytona Beach a mecca for motorsports, and the old Daytona Beach Road Course hosted races for over 50 years. This was replaced in 1959 by Daytona International Speedway. The city is also the headquarters for NASCAR.

Daytona Beach hosts large groups of out-of-towners that descend upon the city for various events, notably Speedweeks in early February when over 200,000 NASCAR fans come to attend the season-opening Daytona 500. Other events include the NASCAR Coke Zero 400 race in July, Bike Week in early March, Biketoberfest in late October, and the 24 Hours of Daytona endurance race in January.

The 500-acre Daytona International Speedway complex, known as “The World Center of Racing,” is still shiny from its $400 million upgrade, with luxury suites, roomier seats and cool spots to refuel. Push your limits at 200-miles-per-hour in the Richard Petty Driving Experience. 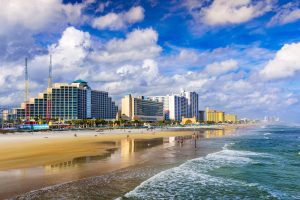 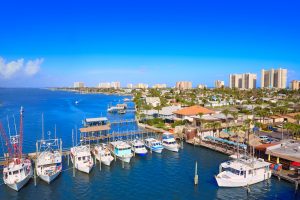 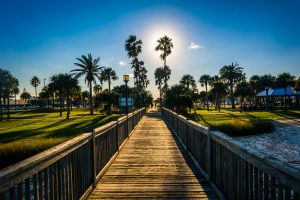